Home » Statute of Limitations on Debt

Statute of Limitations on Debt

What is a statute of limitation on debt?

To demonstrate the concept, let’s take a look at a quick example. In 2019, Sally took out a personal loan of $5,000 for a vacation. In 2020, Sally ran into financial issues and was unable to make payments on her personal loan.

Now it is 2021 and Sally has completely defaulted on her loan. Her lender has not attempted to take legal action yet.

Collections statute of limitation on debt in Canada

Normally, a creditor will attempt to collect on their own before taking legal action. Going to court costs money. Most people want to avoid the cost if they can. Unfortunately, there is no statute of limitation on debt related to collections.

As long as the debt remains unpaid, a debtor can attempt to collect.

Dealing with debt collectors isn’t always easy. Nor does everyone know how to handle the situation. Below are some tips and tricks for dealing with collection agencies in Canada.

Try not to avoid calls

When you see a debt collector call, your first instinct might be to ignore the call. If you do avoid the call, chances are the collector will continue to call. Possibly becoming more aggressive to get your attention. Even if the debt collector gives up, your credit score will still suffer.

Instead, take the call, confirm the details of the debt and make sure it’s yours. If you can afford to make a payment, that’s your best option. But if not, try to work out a payment arrangement with the collector.

A creditor is attempting to collect debt that isn’t mine, what do I do?

Creditors attempt to collect a debt from the wrong people more than you’d think. A common reason is due to similarities in names. In addition, debt collectors often obtain their information from unreliable sources. It’s highly likely they’ll get some information wrong.

But what do you do if the debt isn’t yours? Your first step should be to inform the debt collector that they’re contacting the wrong person.

This should be enough to end the collection attempts. If not, gather information about the situation to prove that the debt isn’t yours. One document you should inspect is your credit report.

If the debt isn’t there, you’re in the clear. Then, inform the debt collector that it’s illegal to harass someone for debt they don’t owe. As a last resort, file a complaint with the consumer protection office in your province.

In some cases, a creditor might be attempting to collect a debt from you because you’ve been a victim of identity theft. This means that someone used your identity to take out debt and then didn’t repay it. In identity theft scenarios, the debt would appear on your credit report. In this case, first notify the credit bureau in Canada, Equifax and TransUnion.

Request that they put a fraud alert on your credit report. Obtain a copy of your report to check for other debts that aren’t yours as well. You should also consider getting the police involved. File a report with them since identity theft is a serious crime.

In Canada, there are rules creditors must follow when attempting to collect a debt. In most of Canada, the laws state that debt collectors can contact you during the following hours:

In addition, debt collectors cannot contact you on statutory holidays. If a debt collector breaks a rule, you can file a complaint with the consumer protection office. In most of Canada, you can request that the agency stop calls and communicate via mail instead.

I’ve already paid the debt, but a creditor is still attempting to collect. What do I do?

If you’ve already paid your debts, provide proof of your payment to the collector. This could include emails, mail correspondence or payment receipts. Keep in mind that you shouldn’t ever send originals to the debt collector, only copies.

Is there a time limit on debt collection in Canada?

If you’re carrying unpaid debt, you might be wondering how long a debtor can continue to attempt to collect. Unfortunately, there is no statute of limitations on how long a collection agency or creditor can try to collect the debt.

Although, there is a limit of time on how long a creditor has to sue you. These are the statutes of limitations on debt. In Canada, each province and territory has a different statute of limitation on debt, as follows:

The bottom line is, debtors can continue to attempt to collect debts indefinitely. But, they cannot sue or take legal action after the above time frames pass.

How do I know if a debt collector is taking legal action against me?

Many debt collectors will use threats to attempt to collect debts. This includes threatening to sue, pursue criminal prosecution, garnishee wages, or, in extreme cases, jail time. More often than not, these are empty threats used to manipulate you into paying.

Using threats like these are generally illegal in Canada. Although, most consumers don’t know their rights. For this reason, many debt collectors use legal-related threats and are difficult to stop.

There is no such thing as a creditor going behind your back when taking legal action. The only exception is if you owe money to the government, CRA or a credit union. These debt collectors can issue a wage garnishment without going to court.

This myth is incorrect, debt does not disappear after 7 years in Canada. This common misconception is likely derived from the fact that most debts drop off your credit report after 7 years. However, this doesn’t mean your debt disappears.

It just disappears from your credit report. A creditor could still attempt to collect outstanding debts from you after 7 years. But they may not be able to take you to court.

Yes, it is highly recommended that you pay your unpaid credit card debt. The primary reason is this unsecured debt usually has an interest rate of around 20% making it high-interest debt. By avoiding repayment, the interest charges will grow quickly. This causes the total debt you owe to be even larger.

Another big reason you should pay unpaid credit card debt is for your credit score. Any unpaid debts or accounts in collections can have a negative effect on your credit. If you ever want to apply for debt again in the future, potential lenders will question any unpaid debts. They may be hesitant to extend credit to you because of the outstanding obligations.

What are the consequences of unpaid debt?

Another consequence of leaving debt unpaid is the challenges of getting approved for credit again. Lenders are skeptical about spotty repayment history. They are less willing to lend to individuals with lots of outstanding debt. 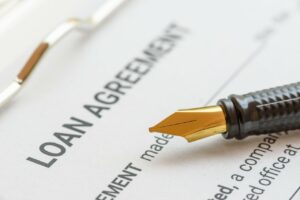 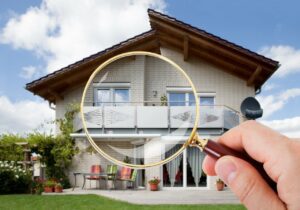 Mortgage Breaking Penalty – What is it and when it’s worth it. 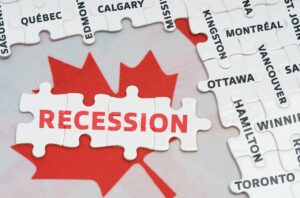 Protect Your Finances During a Recession 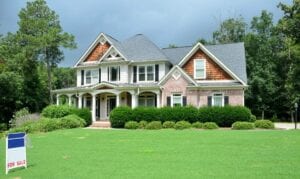