Home » How Many Times Can You Do a Consumer Proposal?

How Many Times Can You Do a Consumer Proposal?

Consumer debt can weigh down on your finances, especially if you’re reckless with your spending and don’t have a solid strategy to pay off your debts. The good thing is that there are solutions to help you get out of a debt mire. The debt-relief option that you can take will depend on your financial situation and the extent of your debt problem.

A consumer proposal is a go-to solution for many people who are struggling with debt. This debt relief option is an agreement between you and your creditors through a Licensed Insolvency Trustee (LIT). It allows you to pay only a portion of your debt. Then, your creditors will discharge you from your debt when you fulfill the terms of the agreement.

Can You File More Than Once?

This question is a pretty common one among debtors who are currently under a consumer proposal and those who want to file one.

Yes, it’s possible to file a consumer proposal more than once. If you met the agreed-upon terms of the contract and you’re discharged from your debt, then you can take on another consumer proposal if you find yourself in a debt problem again.

But there are certain limitations you need to be mindful of when filing a second consumer proposal. For instance, you can’t proceed with this action when you have failed to make payments on your current one. In this case, your consumer proposal will get annulled.

If you’re having a hard time repaying this new debt and continuing with your existing proposal, you can choose to amend or collapse the current proposal and file for another one with terms that fit your circumstances.

How to File Another Consumer Proposal in Canada Step-By-Step

Filing your second consumer proposal is just the same process as the first. So, don’t fret as much when it comes to the process. You only need to make sure that you’re qualified to file another one. But if you forget the steps on how to file a consumer proposal, here’s a guide to follow.

The first step is to work with a LIT to evaluate your qualifications for this debt-relief solution and whether it suits your income and total debt. The LIT will likely recommend a consumer proposal when other options like a debt management plan or debt consolidation aren’t right for you because you have low income or too much debt.

Qualifications for getting a consumer proposal in Canada are as follows:

Step 2: Drafting of the Proposal

If you qualify according to the requirements mentioned above, the LIT will now develop a proposal and submit it to your creditors. Your creditors may allow you to pay only a percentage (from 40% to 70%) of your total debt.

Their decision will be largely based on your capacity to make a payment. However, they do not have to accept the proposal as they have needs and standards that will significantly affect their decision-making.

Your LIT must understand the needs and standards of your creditors when drafting the proposal to increase its chances of acceptance. Here are some fundamentals when developing a proposal.

The proposed repayment amount should be higher than the amount the creditors expect to receive under a bankruptcy arrangement. In this way, they will have a good reason to agree with the proposal.

The LIT should see to it that you can make monthly payments during the proposed repayment period. Otherwise, there’s a possibility that you’ll miss payments if you face unexpected expenses or loss of income.

There are four necessary documents that the LIT must file on your behalf, namely: the Statement of Income and Expense, Statement of Affairs, Assessment Certificate, and the Consumer Proposal.

Step 4: Filing with the Official Receiver

Once you have the documents, it’s time for the LIT to file with the Official Receiver and notify your creditors. Once it’s filed, you’ll be protected from collection efforts in the form of calls, lawsuits, and garnishments.

Step 5: Your LIT will Send Notice to Your Creditors

Yes, you can file another consumer proposal as long as you’re discharged from your previous one. This debt-relief option can benefit you significantly because you only pay a portion of your total debt. Make sure to learn more about debt-relief solutions at debt.ca if you’re currently facing a debt problem.

Stretching Your Income During High Inflation 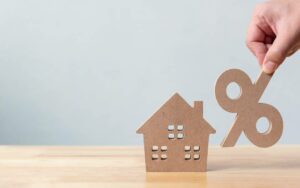 Fixed or Variable Mortgage – Which Is Right for You?