Home » The History of Income vs Inflation in Canada

The History of Income vs Inflation in Canada

A vital sign of the success of Canada’s monetary policy is inflation. Inflation is the rate of change in consumer prices as reflected in the consumer price index (CPI).

In April of 2022, Canada’s annual inflation rate quickened to 6.8%, the highest since January 1991. This jump has caused the price of many everyday items to increase, making the cost of living jump in the country.

Food and shelter prices have caused inflation to rise above the market’s expected 6.7%. The rise was partly caused by the Ukraine invasion, which pressured energy and commodities prices. Food prices rose due to higher costs for things such as fertilizers. Housing costs increased at rates we hadn’t seen for almost 40 years.

Also, Canadian’s earnings have increased 3.46% since last year, but the annual growth is lower than inflation. With inflation, annual wage growth was down 1.26% for December. December also marks the ninth consecutive month where inflation outpaced wages.

With outpaced wages, many Canadians are struggling with the cost of goods and services. This, coupled with rising borrowing costs, will affect all Canadian households to some extent.

A brief history of inflation in Canada

To help learn about where Canadian inflation is going, it is best to understand where it has been.

History shows that the sharpest increases in inflation of the 19th and 20th centuries coincide with major wars. As an example, prices have continued to rise since the Second World War.

In the 1960s and 1970s, the world economy was booming. At the same time, the U.S. military had large expenditures due to the Vietnam war. OPEC took advantage of this and restricted the supply of crude oil and pushed prices up. This price increase led to a significant inflation increase. Monetary authorities worldwide attributed the increase to unique temporary factors. Because of this, inflation went unchecked for some time. By the time banks reacted, inflation became embedded in the economy, proving challenging to bring down.

Following this, Canada was subject to persistent inflation in the 1970s and 1980s. This bout of inflation chipped away at economic performance worldwide.

To alleviate this, the government put restrictive monetary policies in place. These policies reduced inflation, however, inflation remained in the minds of citizens. Many partook in debt-financed speculation in real estate and other assets in response.

By the end of the 1980s, inflation pressures began to rise again.

Finally, Canada implemented the inflation-reduction targets in February 1991. The inflation that had undermined the country’s economic performance finally eased. From there, inflation promptly declined to around 2%. Also, inflation-related hedging and speculation gradually disappeared.

Why has inflation increased so much?

The current inflation has occurred for many reasons. Reasons include COVID-19, natural disasters, supply-chain disruptions, and rising global tensions.

Usually, the BOC is well versed in managing these circumstances. However, supply-side inflation is more challenging for the BOC to control. If the current inflation doesn’t meet increasing wage demands, it will dissipate when supply-side issues go away. If it doesn’t, the BOC will have to use drastic measures that could lead to a recession, destabilizing the housing and financial markets.

BOC has also maintained low rates to help drive more consumption. BOC has held rates for so long that it has led to excessive consumption. These controlled rates have also led to non-productive price growth. Rather than demand increasing, Canadians are spending more on the same goods. With the non-productive growth in prices came wages failing to keep up with the increase. For almost a year, this has occurred, with one of Canada’s biggest banks saying rates should’ve climbed a year ago.

Also, with strong economic growth and many returning to work after the pandemic, employers began hiring rapidly. The gross domestic product grew at an annual rate of 5.4% in the third quarter, much faster than usual. The rapid increase led to the economy growing too quickly.

Wages have compounded the issue. Many haven’t gotten the wage increase that usually coincides with an increase in inflation.

Unsatisfactory wage growth has led to a significant number of jobs staying vacant. Employers reported 912,600 jobs remaining unfilled. A 62% increase from the third quarter of 2019.

With the CPI 4.3% increase in 2019 and 2021, the average offered wage rose by more than that in 155 of the 373 occupations over the same period. Wages have increased twice as fast as inflation in industries with the highest number of job vacancies. This suggests that employers have to offer more to fill vacant positions. Though this is good for Canadian workers, it could dissolve if companies increase pricing to compensate for higher labour.

Experts predict that those with the lowest income will be the most affected. This is partly due to them spending a much larger share of earnings on consumer purchases. Also, lower-income homes have less to fall back on to help ease the rise in prices and borrowing costs.

The looming pressure of inflation is affecting every part of the economy. With the continued conflict in Ukraine and the workforce still recovering from the pandemic, it may be some time before BOC can even out the rate.

Also, wages need to meet the rising inflation, or the job market will continue to empty, and the economy will take an even more significant hit. If the current inflation doesn’t meet increasing wage demands, the BOC will be forced to use extreme measures, possibly leading to a recession.

Interest and inflation rates continue to rise. This has led to many citizens taking a hit on their personal finances. While the Bank of Canada works to even things out, they may instead cause further issues. This makes it unclear when the economic policy will put the rates back.

If you are having a hard time due to your income not keeping up with inflation, Consolidated Credit can help. Their team of Credit Counsellors can help navigate this challenging time. 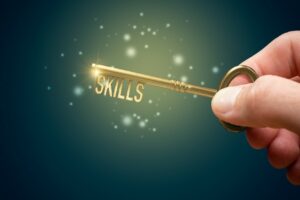 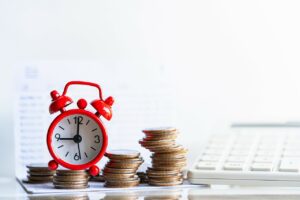 Stretching Your Income During High Inflation 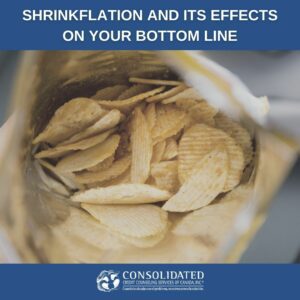 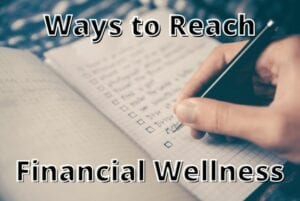