Home » Debt Stories » Paying Off Debt After a Double Layoff

Paying Off Debt After a Double Layoff

Recessions, international trade agreements, and the pandemic in Canada have all made headlines. But for those who lose their jobs and benefits because of these national events, the news can quickly become very personal. Right now, there are just under 2 million unemployed Canadians. Many Canadians have struggled to find new jobs and get into uncontrollable debt after a layoff.

Peter told us how two events in quick succession turned his and Debra’s financial world upside down.

“The lumber mill I had worked at for 13 years shut down. At about the same time, my wife injured herself at work. Prior to these two events, we had just built a beautiful home.”

At some point in your life, you can expect to be unemployed and at other times you may have medical issues. Peter and Debra’s situation is not unusual in that respect. As of July of 2021, there were 1.89 million unemployed workers in Canada. But when Peter lost his job and his wife suffered an injury that caused her to lose her job, the couple knew they were in for challenging times. Peter and Debra were like many other Canadian couples who face challenges with debt after a layoff.

“Over the next two years, I was in and out of employment in various different jobs – from other mills to driving trucks for a couple of different companies. None of these jobs paid the type of money with the same benefits as I had been earning in the past. Previous to working at the mill, I had worked in a factory… During this time, we struggled financially and incurred debt…”

They did the best they could to recover and move forward…

Peter and Debra tried to recover, but it was not easy. They needed to reduce both their interest rates as well as the balance owed on the debt they’d accumulated after their layoffs. However, that was proving to be difficult with their reduced income. They even made the tough decision to sell their dream home, but it did not fix the problem.

They tried working with their bank to find a solution…

“We went to Royal Bank to consolidate our debt but all they would do was refinance the various loans and credit cards we had with them. It wasn’t the total answer to our situation, but I saw it as a good start to paying off our debt. The monthly payment was high – $730.”

That’s when they found Consolidated Credit…

They still had a large amount of credit card debt which the bank could do nothing about. So, they turned to Consolidated Credit to help them deal with the debt they’d continued to amass after their double layoffs.

Consolidated Credit examined their debts, budget and credit, and talked about the challenges and goals they had. Their trained credit counsellor worked with Peter and Debra to make a plan that was right for them.

Peter and Debra made changes to their lifestyle to save more and spend less, sticking to the budget that their counsellor helped them set. Four years later, they completed their debt management plan.

With $40,000 of the debt after their layoffs paid off through Consolidated Credit, they were able to focus on finishing paying the debt to Royal Bank and their other private line of credit

Along the way, they learned how to live a debt free life…

Now, Peter and Debra ask whether purchases make economic sense. They follow a budget, don’t use credit cards, and are saving for a future of financial independence.

If you’re in debt and don’t see any way out, contact Consolidated Credit and let us work together on a payoff plan. 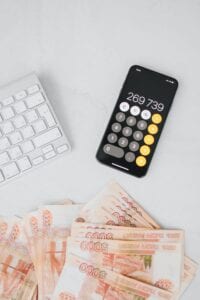